Voice Search: What You Need To Know

Voice Search: What You Need To Know 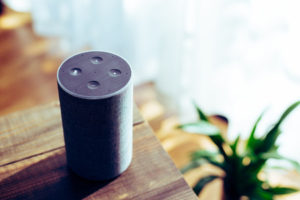 Today we look forward at a trend poised to take the advertising industry by storm: voice search.

Before we discuss the potential impact on advertising, let’s lay some groundwork on the terms used to discuss the trend and the various apparatus surrounding it.

How did we get here?

Apple was first to enter the ring with their 2011 release of Siri, integrating the virtual assistant into the iPhone 4S. Within a few years, Siri was integrated into the operating systems of all Apple products.

Google caught up in 2016 with the release of Google Assistant and the Google Home smart speaker.

Today, companies are elbowing each other to get to the top of the emerging voice search field by getting their products into as many hands as possible.

Siri is now integrated into the operating systems on all Apple devices – but they had to enlist The Rock last year to convince people to actually use it.

Cortana is available on all of the 600 million devices world-wide running Windows 10.

Amazon is flooding the market with less expensive voice-activated devices (the Dot is currently being sold for less than $50) along with higher end speakers and home hubs.

And Google Assistant is available on Google devices along with any Android phone as of early 2017. 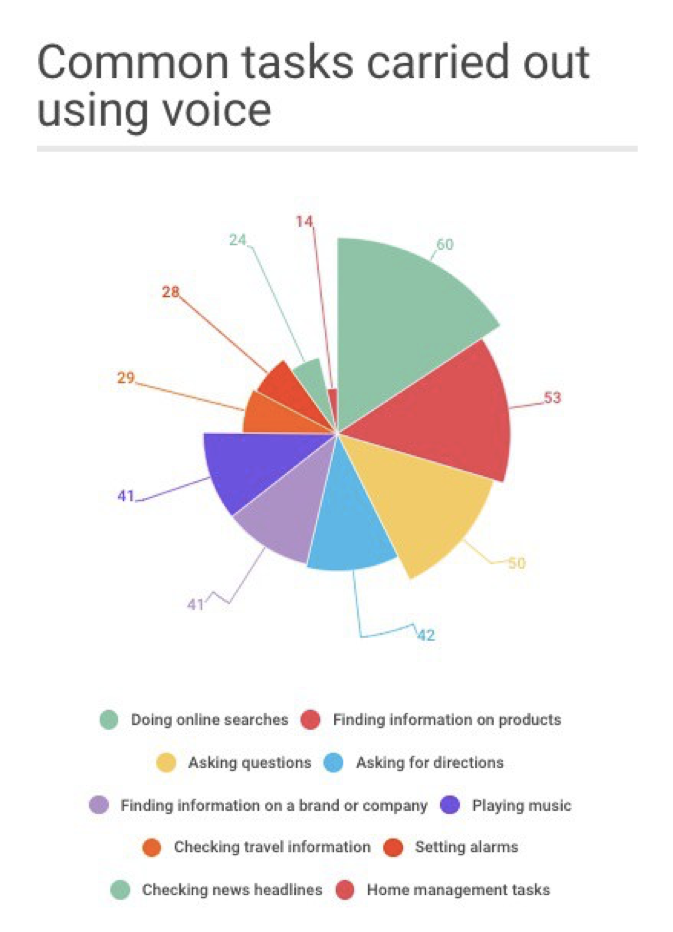 Source: Kantar and Sonar, via Mindshare

Why does it matter?

People currently use voice to gather information, play music or complete other simple tasks as shown above. But voice advertising will quickly become a valuable asset in the media landscape as users become more comfortable with the medium and integrate it more seamlessly into their daily lives.

But there’s still one problem — while 30% of web browsing is projected to be done via voice search by 2020, we don’t yet know what voice advertising is going to look like.

The focus in recent years has been on the visual components of advertising (think: the rise of video and image-based networks like Instagram and Snapchat), but the shift to voice will require advertisers to harness the power of audio to tell a story.

Pete Meyers, marketing scientist at SEO software and tools firm Moz, pointed to radio as a potential model, but said there will be a lot of trial and error.

“We have Google returning organic content [like Featured Snippets and local results] directly on voice, which means there’s a model for returning ads,” Meyers said. “What will work, resonate and be trackable has a lot of hashing out to do, but I think we have models of how this could evolve.”

Several brands have already launched experiments with varying degrees of success. Google Home users were reminded on March 17 of last year that they could go see Disney’s Beauty and the Beast in theaters. Burger King won a Grand Prix at Cannes for their ad that asked, “Ok Google, what is the Whopper burger?” prompting Google Assistant to list the ingredients of the company’s famous sandwich.

One of the most telling statistics around the rise of voice-activated devices is the 65% of users who say they wouldn’t want go back to life before their smart device. We don’t know what the ads will sound like. We don’t know how we’re going to measure engagement. But what we do know is that advertisers are about to gain a new way to connect with consumers. That’s why voice matters.