Marketing 101: Keep your eye on the ball

Marketing 101: Keep your eye on the ball 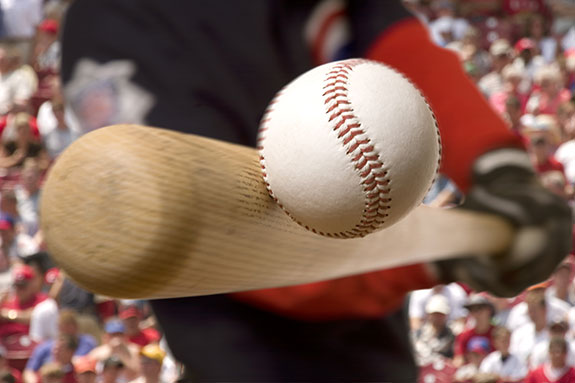 We learn a lot from our clients. We expand our knowledge of an industry, learn a skill or work with a new vendor to fulfill a client need. Recently a client taught us the importance of keeping our eye on the ball…especially when the game goes into extra innings.

Jay Schmuecker, a retired NASA engineer, met with us in April 2010. Jay planned to develop a farm tractor that runs on hydrogen gas, which he would make with a series of complex interrelated subsystems. He had two goals for his project. First, he wanted to honor the memory of his father, who had advocated the use of hydrogen to replace fossil fuels. And second, to demonstrate that it is possible for farms to be self-sustaining, as they were a century ago. Jay wanted JWM to create public awareness of his project. He estimated the tractor would be ready that fall.

By the end of the meeting our heads were spinning…electrolyzer, desiccant, PSI, H2, HP, NH3.

Simplifying a complex story
While Jay engineered the tractor, we de-engineered his story. We created a news release and website that transforms a complex topic into an understandable and engaging story.

The tractor was not ready by fall 2010. Jay and his team were in unchartered waters. At nearly every step they huddled and problem-solved. They also discovered the tractor runs on a second renewable fuel, ammonia, which Jay will also make on the farm.

Five years after our first meeting with Jay, we received the long-awaited thumbs up: the tractor was running. JWM organized a news conference that was covered by local affiliates of ABC, CBS and NBC. Our client’s story aired 35 times in eight states. It was also covered by the Cedar Rapids Gazette, Corridor Business Journal and WMT.

We followed up with calls to the media in the weeks and months after the news conference. Our efforts scored coverage in Iowa Farmer Today and interviews with the Associated Press, Iowa Public Television and Successful Farming Radio, which is heard on over 300 stations nationwide. The Grout Museum in Waterloo interviewed Jay for their project on Iowa farming.

Our client wanted us to share his story. He said we hit a home run.