December 12, 2011 by J.W.Morton in Company Announcements 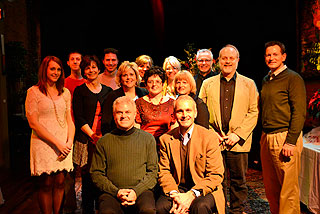 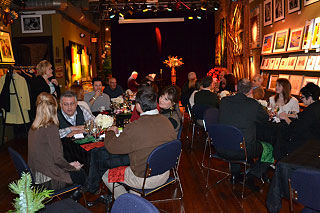 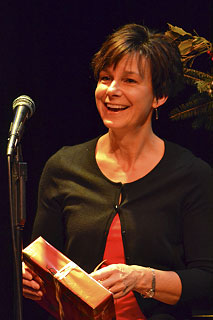 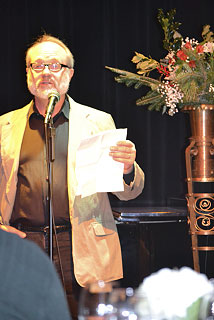 This past weekend all the Associates gathered together to celebrate the season during our annual J.W. Morton Christmas Party. The party was held at the Campbell Steele Gallery in Marion, and we were treated with delicious food, courtesy of The Wright Touch Bake Shoppe, and enjoyed the musical stylings of John Shultz.

This year in addition to our annual, weeklong Secret Santa gift exchange, which concludes during the Christmas party, Jeff had the idea to add a new twist – Tuesday would be poem day. We were given the task of writing a poem for our Secret Santa; a task not readily accepted by everyone. These poems were then read during the party. Although we are not all copywriters here at J.W. Morton, no one was surprised by all the creativity, humor, and wit that went in to these poems. Below you will find a sampling. Please enjoy, and Merry Christmas!
__________________________________

Roses are red,
Violets are blue,
Cholula sauce is hot,
And so are you!

As you ponder who wrote this,
Your smile grows wider,
Perhaps I should be…
A copywriter! (or am I?)

You say on your form,
That you are Kim K. “the first,”
This poem is going downhill fast,
Can it get any “worst”?

You’ll never guess who wrote this,
Not in a million years,
You’re laughing so hard now,
I’ve brought you to tears!

Mrs. Clause, Claws, Claus
The pen being mightier than the sword,
Great writing comes of her own accord.
She fashions stories of graph and clause,
Some for naught, some for applause.

Her passion though, when she takes pause,
Is not for words, rather pets with paws.
In the wayward dog, lost and abused,
She finds her reward and is amused.

The pets they see her as Mrs. Claus,
Food and shelter for these paws with claws,
And on her sleigh into the winter fogs
Goes Nancy Crist and her thirteen dogs.

More rapid than eagles,
Her coursers they came.
And she whistled, and shouted,
And called them by name.

Yesterday Santa’s first gift, I hope you thought it sweet.
Now here’s a poem and a drink, Another tasty treat.

Family, friends and spirits full, Of feelings that you’re blessed.
And yet these gifts are not your taste, Nothing like what you’d guessed.

Though Christmas is for giving, There might be secret blame,
And deep inside you may have thought, “Why did they pick MY name?”

Roses are red, Violets are blue
The holidays are here, Time to buy a present or two.

Your girls will be ready, The mall their destination
They will want you there, For the credit card presentation.

Home you’ll go to wrap, And place under the tree
The gifts that you found, For each other to see.

Christmas day has finally arrived, The girls were upset
Because all that Santa had left, Was his pants on the ground!

The job jackets were hung, By the computers with care;
Due dates and job numbers, The specs were all there.

The changes were needed now, Or so the email said;
While visions of a noon bike ride, Danced in the manager’s head.

The designer said not a word, But went right to the chore;
Of cutting and pasting, And then cutting some more.

And just when it seemed, The project had drawn to a close,
From the corner room, A great clamor arose.

So the designer obliged, And a new proof was sent;
The client approved, And off the two went.

And I heard the manager exclaim, As he drove out of sight;
“New PDFs to all, And to all a good night.”