Our 34th Anniversary: What’s Changed and What’s Stayed the Same

Our 34th Anniversary: What’s Changed and What’s Stayed the Same 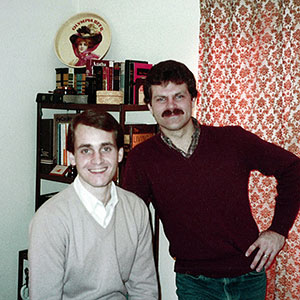 1. No longer working off card tables in Jeff’s mother’s basement.
2. Only computer we had was for word processing, so designers could have type set. (Look it up)
3. Fax machines burned the image into the receiver’s paper a line at a time.
4. There was no FedEx.
5. There was no colored toner.
6. There was no internet.
7. There was no Google.
8. There was no e-mail.
9. There was no GPS.
10. There were no cell phones.
11. No DVDs, flash drives or cloud storage.
12. The only place you could watch television was on the television.
13. The only place you could listen to the radio was on the radio.
14. All production art was done as paste-up or keyline.
15. All photography was previewed on Polaroid and then shot on film.
16. All video was shot on film or tape.
17. Four of our twelve associates weren’t even born yet.