Vertical Video: It Won’t Get You Fired

Vertical Video: It Won’t Get You Fired

We all know what it’s like to watch a YouTube video on our phones. You either leave the video as a tiny 1×2 inch animated Post-It note at the top of your screen or you turn off your phone’s orientation lock and flip it sideways so the video fills the screen. We adjust our behavior to accommodate a medium (e.g., horizontal video) that is out of sync with the device we use to access it (e.g., cell phones). This minor adjustment is by no means the biggest problem a person faces in the course of their day. But small details make a big difference to a consumer constantly bombarded with pictures, videos and messages on their screens.

It stands to reason that on a vertically-oriented device it would make sense to create vertical content. However, until recently vertical video was almost ubiquitously mocked. Any company or brand that uploaded vertical video content online was considered unprofessional.

But this is 2017. Today, most platforms recognize that emerging generations of consumers live on mobile and have updated or innovated their products in order to keep them engaged. Younger audiences watch a lot of video and they watch a lot of it on their phones, where vertical video was born. Many platforms have come out with new ways to engage their growing base of mobile users with features optimized for mobile use, giving advertisers a new storytelling method to reach their customers.

The crown prince of 100% vertical content has expanded its UX (user experience) scope in recent years to allow for more than video and photo sharing. Users can now add geo-located stickers, use augmented reality and smartglasses, share live video and – most importantly for us – view advertisements. The app has about 166 million daily actives users. Other apps like Facebook and YouTube have billions more users but Snapchat’s mobile-first (thus vertical-first) mentality has a strong hold on the increasingly valuable millennial and Gen Z markets. 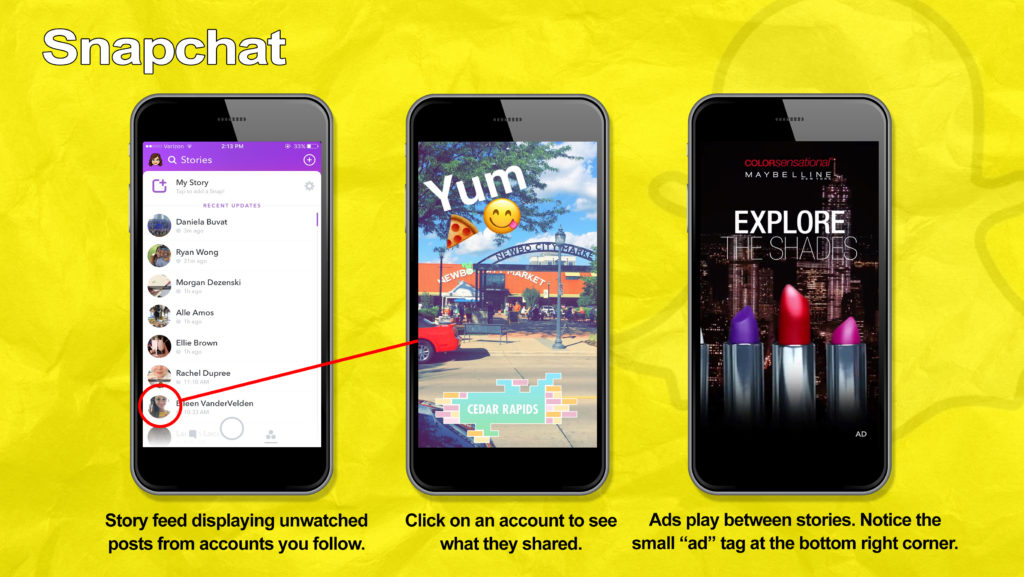 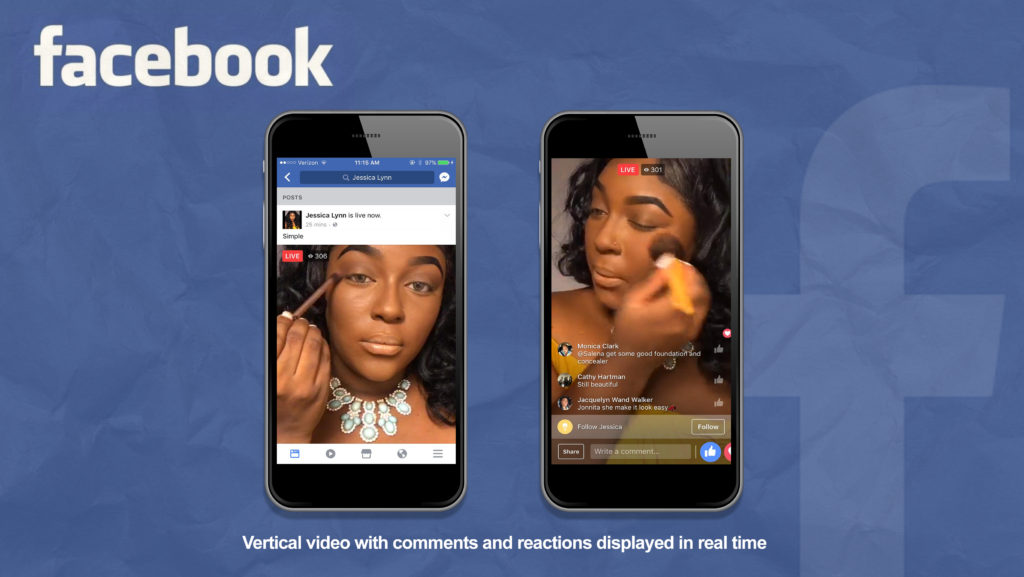 The video giant recognized the vertical video shift in 2015 with an update that allowed viewers to tap an in-screen button on their mobile app, expanding a vertical video to full screen. They have continued to better integrate this feature into the app with their most recent update, allowing the user to scroll down to view comments and related videos while a video is still playing. With 1.5 billion logged-in users visiting the site every month, YouTube is going to keep investing in features that make their content easier to watch and share in whatever fashion the user demand it. 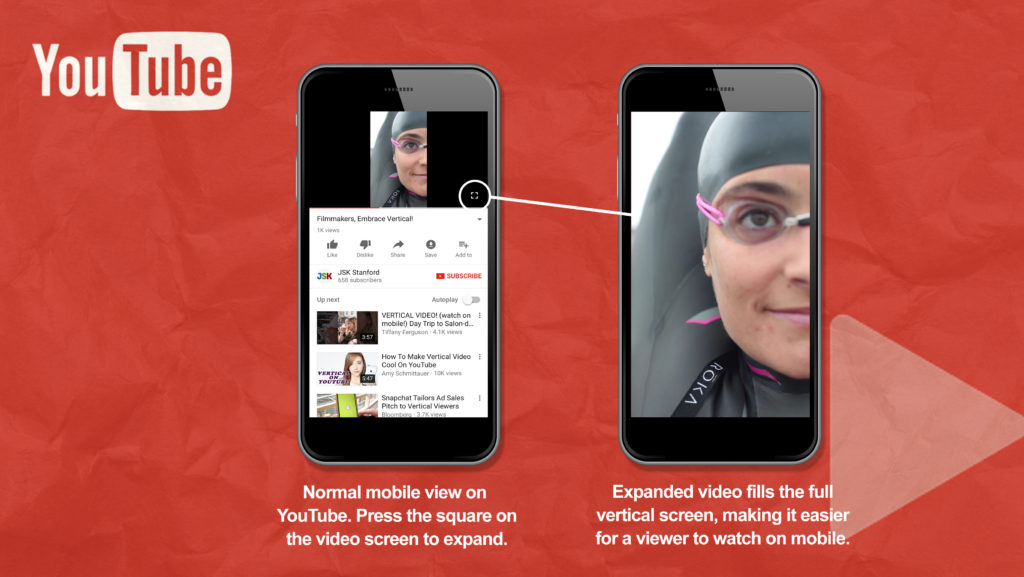 Instagram Stories, the unapologetic Snapchat knockoff, is also doing its part to normalize vertical video. It has many of the same features as Snapchat but utilizes an already established base of followers on each user’s Instagram account. This allows people to maintain a manicured look on their feeds while still sharing day-to-day vertical moments, and see even more advertisements, on their story. Launched in August 2016, Stories gained 100 million active daily users in just two months. 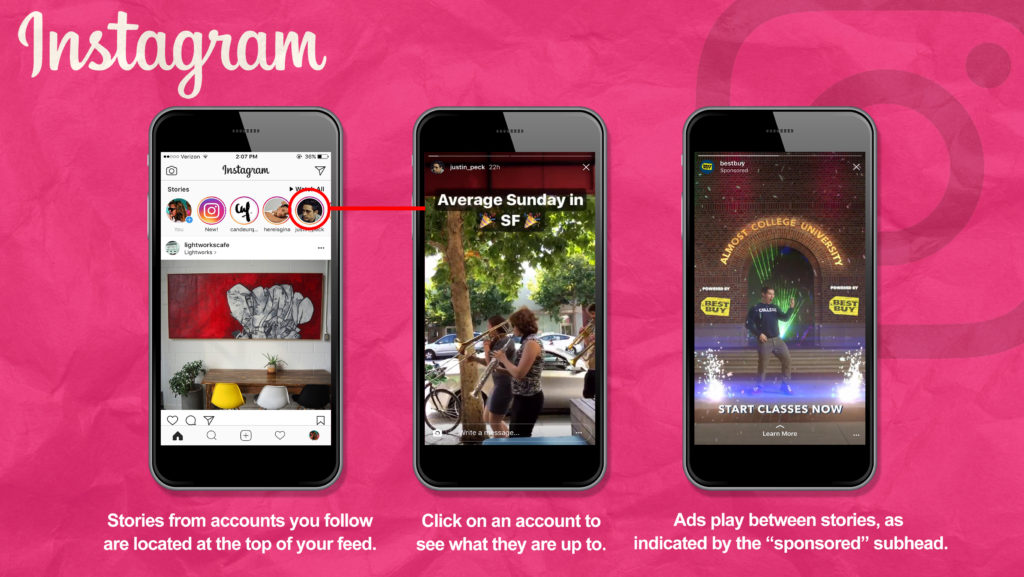 According to the Wall Street Journal: “This isn’t just video cropped into a tall rectangle. The physical properties and mobility of our smartphones have given birth to a new medium – planting seeds for new storytelling and expression.”

Today, most people access the internet through their mobile devices. Making the shift to vertical is a necessary reaction to the way we consume content on mobile. Advertisers need to communicate with their target audience in the least disruptive way possible. So, if you are trying to get the attention of a group of people who spend a lot of time scrolling through their phones, it might be time to go vertical.