Consumers Are Cutting The Cord. Should Your Business Do The Same?

Consumers Are Cutting The Cord. Should Your Business Do The Same?

Your neighbor is cancelling their local paper subscription and transferring it to the digital edition. Your spouse is sending back your cable box and starting a Hulu account. Your coworker says they only play Spotify off their phone while driving and never turn on the radio.

More and more people are cutting the cord on traditional media and moving to digital platforms to get their entertainment, news, sports, etc.

So, is it time for you to do the same with your precious advertising dollars?

Not yet (for two big reasons). The shift to digital has certainly begun and it may feel like everyone you know is jumping onboard. But we look at the big picture when building campaigns for our clients. Digital is often the cheaper and more data-rich option but traditional media still takes home the two biggest trophies — it has the public’s attention and, more importantly, the public’s trust.

Take TV, for example. Every year people are watching more digital video through streaming services and less television through their cable provider. But they still spend a majority of their video time with their cable provider (see graph). People’s habits are changing but, for now, your commercial will still reach a larger audience than your digital video. The same goes for your radio spot, print ad and billboard. While their digital counterparts have value, traditional tactics still reach the most eyes and ears. 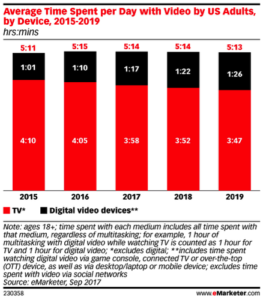 The top five most trusted advertising tactics are all forms of traditional media. Why? Maybe it’s because they don’t track you when you turn the page, or change the station. Maybe since they cost more, people value them more. While we don’t know exactly why, it’s important to remember which mediums people trust when you are trying to promote a product or build a brand that people trust. 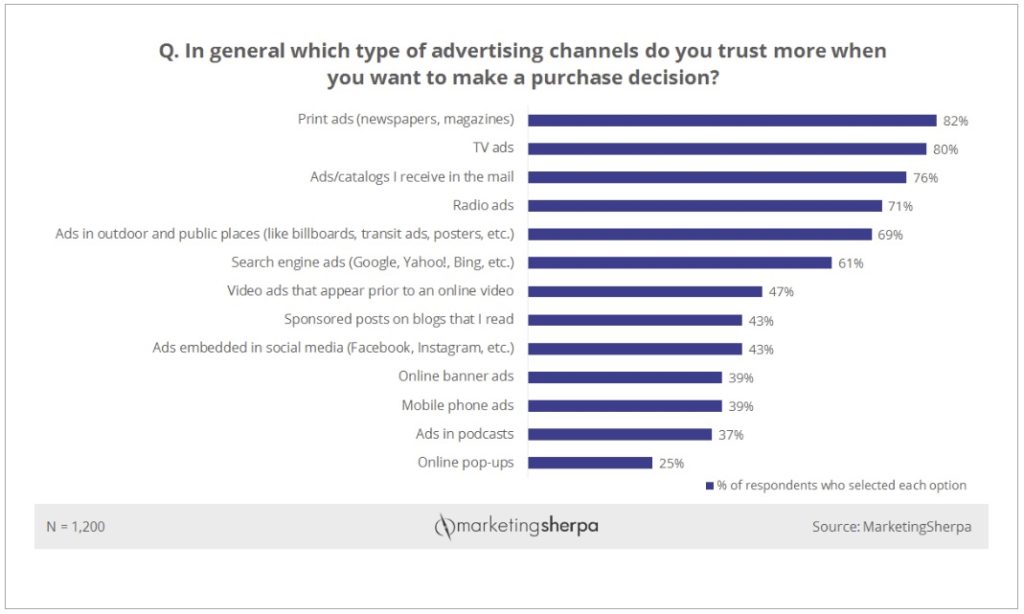 No two businesses are the same so no two media plans are the same. When the University of Northern Iowa approached us to connect with prospective students, we focused on cable and outdoor because they allowed for the greatest reach and frequency. When St. Luke’s Hospital brought us in to get more moms in their birthing center, we focused on digital ads and social media because they allowed us to focus on a targeted audience. Traditional and digital media both play an important role in advertising. That’s why we take the time to get to know our clients’ goals, then decide which tools we’ll need to reach them