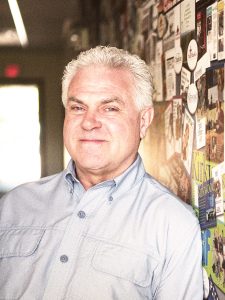 This coming July, Dave and I will have been in business 37 years together. Over those nearly four decades there are a dozen or so “My favorite J.W. Morton Stories” that I frequently share. So some of you have heard this one but I’m going to tell it again anyway.

I’m going to back up just a little bit to 1977. I was a senior at Cedar Rapids Prairie High School and I anchored the 440, 880 and 880 medley relay teams. Scott Appleget was a couple years younger than me and often times ran the third leg in one or more of those relays. The tracks were covered in cinders back then and I would pace off a certain number of steps and scrape a line in the cinders. As Scott would approach me at full speed I would wait till he hit that line, I would turn, ready to run, and wait until I heard him shout “SHOOT” and I would take off as fast as I could so as to keep Scott from running up my back in his spiked shoes. Two or three strides later he would shout “REACH” and without looking I would shoot my arm straight back with an open hand where he would promptly slap the baton for me to grasp and run toward the finish line. We never dropped the baton, and Prairie had a very good track season that year. 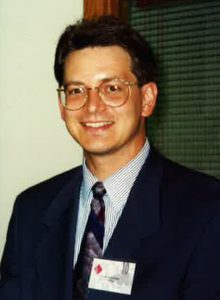 Fast forward to 1989. Dave and I were looking for a new account manager. Scott was at his first job out of college at T&K Roofing in Ely. He was thinking he might be ready for a change and so we interviewed him and made him an offer. After thinking about it for a day or two he declined indicating that perhaps the timing wasn’t right. So we continued looking and eventually hired Shelley Fletcher. Shelley worked for us for two years and came in one morning and shared with Dave and me that she was leaving JWM to go to work for one of our largest clients.

Dave and I talked over lunch and he got on the phone to Scott that afternoon. Scott (and I believe his wife Cathy) came to our office that evening – talked about the position – we made him an offer – and he accepted on the spot.

Here’s the part that makes it one of my favorite stories. The next morning Shelley came into my office and sat down with a folded piece of paper. She said “I’ve been thinking about my replacement and I have four or five names of people that I think would be qualified for you to talk to.” I told her we had already replaced her and Scott Appleget would be starting in two weeks.

Her response was “G–o–d, the body’s not even cold yet and you already have my replacement!?” I simply nodded with an inexplicable sense of satisfaction.

Three decades later, on March 18, 2021, Scott Appleget has officially been with J.W. Morton & Associates for half of his life. Through all the highs and lows, good times and bad, wins and losses…Scott has stayed with us. He was a Boy Scout, ya’ know, and true to their pledge he has been Trustworthy, Loyal, Helpful, Friendly, Courteous, Kind, Obedient, Cheerful, Thrifty, Brave, Clean, and Reverent. 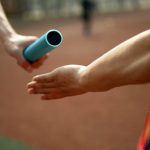 In a day and age where people don’t seem to stay at one job for very long, Dave and I treasure Scott’s loyalty and tenacity. We take great comfort knowing that we can take off in a direction, and without looking, know Scott is right behind us.