JWM On the Record: How Has Social Media Changed the World of Advertising?

JWM On the Record: How Has Social Media Changed the World of Advertising?

January 8, 2021 by Lisa Kirchhoff in Advertising, Our Team, Social Media 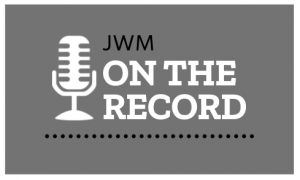 We asked and they answered. Read what some of our team members are saying about:

How has social media changed the world of advertising?

Kristopher Sullens, Art Director. The first generation of social media introduced the concept of a two-way conversation rather than advertisers simply broadcasting a message. Where it really changed advertising for me was embracing that idea early, so we’re crafting a message that is built for accessibility and conversation. We want our work to elicit a response, and we often gain insight and ideas from that process.

Scott Appleget, Account Manager. For many years, traditional advertising was print ads, radio, TV, outdoor and direct mail. You evaluated your clients unique selling proposition to create brand awareness or sell a particular product or service. You reviewed market research if you had it. You accessed the competitive landscape. Then you developed a message in a creative way to engage your audience to generate a response such as a purchase or trial. Once the ad was out, you were essentially done with it except for waiting to hear how it performed based on client sales feedback and in some cases from results from trade publication reader studies that compared your ad against others within an issue.

With social media, it’s fluid, it doesn’t stop. It is ongoing conversation and engagement. It requires ongoing content development and sharing with your target audiences. It requires monitoring those conversations and reacting to them. So it’s speaking and it’s listening combined. It is highly proactive. Yet it’s not random either. Content has to be well planned, developed and scheduled. And because it is going to be measured based on engagement activity, the content has to offer something of value to keep the audience coming back and interacting with the brand, product or service being offered.

Social media is not a project. It is a commitment to an ongoing (if not never ending) strategy of talking and listening to your followers with the objective of creating brand and product loyalty.

Dave Morton, Co-Owner and President of Marketing Services. Wow. I think this compares to the last big innovation in advertising—television. I’m a purist, so I look at social media in itself isn’t really advertising—it’s community, it’s entertainment, it’s networking, it’s a form of PR or community relations. But it’s really not “paid.” Much like television isn’t advertising. It’s entertainment. But, it has created one of the largest advertising platforms in existence today with Facebook. And we haven’t seen anything this impactful on the advertising landscape since the advent of TV in the 1950s.

Advertising has exponentially increased the usefulness of social media, giving us the large scale national and international audience capacity of a truly mass medium. But it adds the ability to micro-target people based on a myriad of behaviors, likes, characteristics, lifestyles, geography. And it has done so in a medium that follows the consumer wherever they go—home, work, desktop, mobile.

Social media also levels the playing field for all advertisers. I can be a local advertiser and spend $50 and reach a local audience, and I can compete with a national advertiser spending $50,000 to reach that same consumer as part of a national audience. I don’t believe we’ve seen anything like that before social media. Every previous medium had a minimum spend that would be a barrier to entry for a lot of marketers.

Social media has also forced us to refine our thinking about advertising creative and message. The audience has increased with the size of the platform, and the competition for share of voice has increased even more. We have to be that much more creative, focused and captivating in order to survive in a scrolling, short attention span world. Never before has our ability to create, refine and present a marketer’s message been so critical to the process of advertising.

Lisa Kirchhoff, Copywriter. “Accessible” is the word that comes to mind when I think of social media. The average Joe can tweet at a politician, send a DM to their favorite celebrity through Instagram, notify a news organization with a Facebook tag, or share a poor customer service experience via a Tik Tok video, and there’s a chance they’ll be acknowledged in some way.  Even if not a direct response, knowing the door is available that makes one feel like they’re being seen and heard.

This translates into advertising in that brands and businesses feel more approachable. No longer are the big brands hiding in their ivory towers, and no longer are small businesses stuck with only expensive, traditional media avenues to promote themselves.

Social media has reduced the number of gatekeepers between consumers and advertisers. Tactics like retargeting, influencers, and user-generated content have blurred the line between what’s advertising and what’s not. In return, advertisers must always be “on”—keeping an eye on their social accounts for negative interactions that could be a potential fire, and a positive opportunities that need to be capitalized on quickly.

Patty Kisner, Media Buyer. Social media is like most things – in its purest form, it’s a great and fun thing. It’s a wonderful way to stay connected, and the advertising usually has relevance for me. If you connect the data with insight you have regarding your customers and potential customers, I think it’s a win/win.  Win for the advertiser and a win for the potential customer.