Going head-to-head with burrito-chain giants Chipotle and Qdoba, Pancheros® was yet another player in the fresh-Mex mix. But a loaded menu and brand character were indicators it could be a kickin’ chain restaurant. All they needed was the right strategy and they’d own top-of-mind awareness in the burrito universe.

Media buffet for every appetite.

We crafted a comprehensive media plan to reach customers in Pancheros’ new and existing markets. Ads on Facebook, Twitter and Instagram made consumers aware of new location openings and focused on Pancheros’ fresh-pressed tortillas. Armed with targeted demographic information, we used social and traditional media to reach customers in existing markets.

Our media plan has been fine-tuned to fit the demographics of 10 corporate Midwest markets and continues to be tailored to the needs of nationwide franchisees on an as-needed basis.

Reaching 18-34-year-olds meant speaking a younger, hipper language. We beefed up Pancheros’ traditional media plan with digital elements to meet the young audience where they hang. Audio spots on Pandora and Spotify and commercials via Hulu opened digital doors for the company and made listeners take note.

Meeting customers at their doorsteps.

Aiming to give customers a nudge in Pancheros’ direction, free burrito cards arrived on doorsteps after the grand opening of a nearby franchise. Personalized and incentivized, the direct approach tipped locals off to the new restaurant and got them walking through the door. 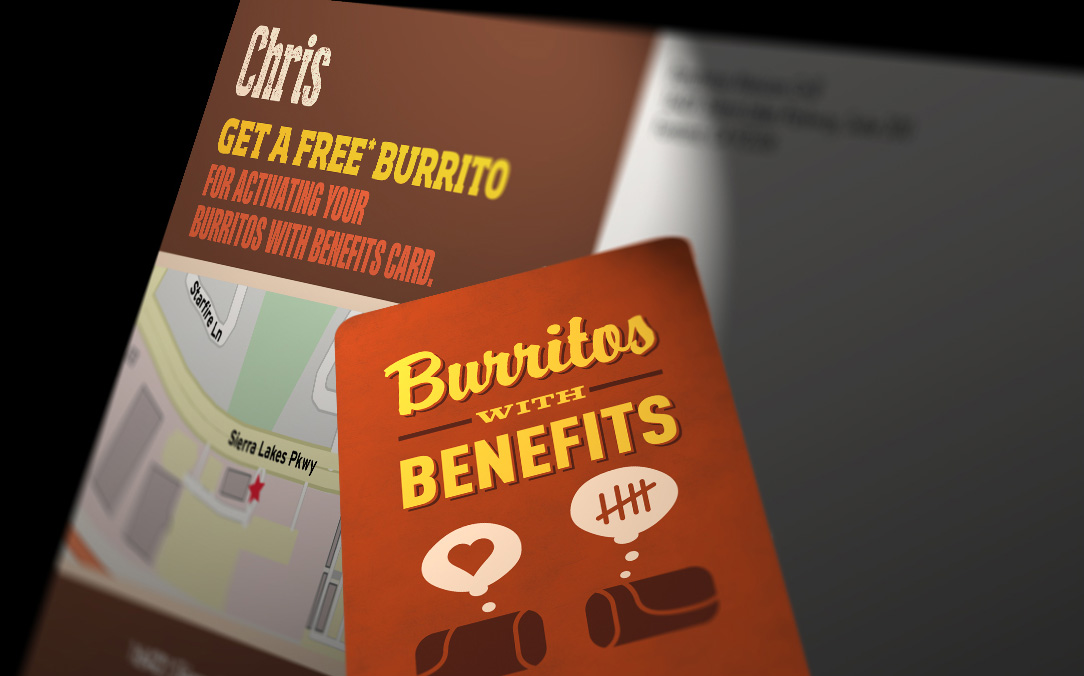 We took to the radio waves for a franchise’s grand opening. A radio announcer on location boosted the live event, reaching audiences through a traditional channel. Both the hungry and the curious flocked to claim $1 burritos thanks to stellar coverage.

Once stuck in the position of fighting to stake its territory in the burrito-chain battle, savvy media placements helped Pancheros push to the front of the line.

Find out more about media or this project in particular. Contact Dave Morton – dmorton@jwmorton.com. 319-378-1081.