Super Bowl Q&A: How do you want the viewers to feel?

Super Bowl Q&A: How do you want the viewers to feel? 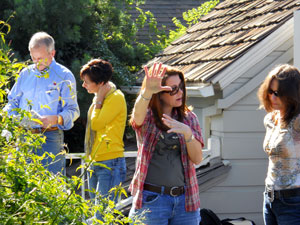 At the TaxACT Super Bowl shoot in L.A., Kris Peterson and Cammie Greif (both of TaxACT) discuss their vision of the TV spot while our own Dave and Connie go over the shooting schedule for the day. 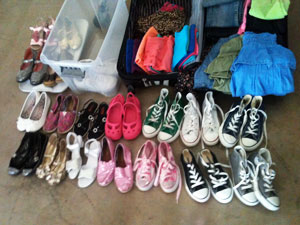 Shoes, shoes and more shoes for our Super Bowl spot’s Sister character at Mechaniks. She brought a bunch herself, in addition to what the wardrobe lady had. And in the end, Sister went barefoot! 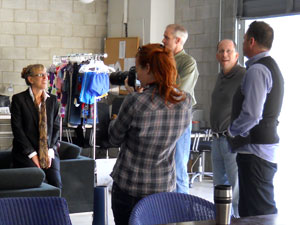 We did a little round-the-table Q/A recently, with the TaxACT creative team to discuss a little of the backstory to making the spot. Here are some highlights.

How do you want viewers to feel/think after viewing the commercial, especially about TaxACT?

I want viewers to associate feeling “free“ with TaxACT and to view TaxACT as cool enough to simply entertain them and trust them to understand and respond.
– Kim Ketelsen, Writer/Producer